Back to Main Site

How Will You Leave Your Legacy?

Giving to the WellSpan York Health Foundation ensures that the communities WellSpan serves in York County have the healthcare they need and deserve. Planning gifts today will help to provide healthcare for future generations.

Planning ahead allows you to support what is most important to you, continue to provide for your family and meet your current income needs, and take advantage of tax incentives.

Below are several popular ways of supporting the Foundation. You will also find information to share with your financial advisor or estate planner. When you are ready, please contact us to discuss options, share your plans, or start a confidential, no obligation conversation.

Get in Touch with Us

Join us. We are families, individuals, grateful patients, employees and clinicians, and community members making an impact with gifts planned now to benefit the mission of the WellSpan York Health Foundation in the future.

Is WellSpan York Health Foundation already in your plans? Thank you and welcome to our respective Legacy Society. Sharing your plans makes a statement about what matters most to you and your family, and inspires generosity from others who share your values. Naturally, the details of your gift are confidential, and we respect your decision should you want to remain anonymous.

If you've already included WellSpan York Health Foundation in your plans, please let us know so we can properly thank you and make sure your gift will be used as you've intended.

The Samuel and Isabel Small Legacy Society recognizes individuals who have provided for the future of WellSpan Health in York County through a financial or estate plan.

Samuel was a distinguished leader in York County. He was a director of York's first building association and of the York and Cumberland Railroad. But he is better known for his heart. He cared deeply for the health and welfare of his community. He founded the York Benevolent Association in 1863, the York Children's Home for orphans of soldiers two years later and the York Collegiate Institute. In 1879 he led a group of philanthropists in founding York Hospital.

Isabel was the daughter of a prominent attorney. A woman of rare intellect, she too is remembered for her heart for others.

She organized the women of York to aid wounded soldiers during the Civil War by providing bandages and sewing clothing. She donated and bequeathed substantial resources to benevolent organizations.

WellSpan York Hospital stands as a memorial to the care of Isabel and Samuel for those in need of health care. Their generosity touched many children and adults throughout the county during their lifetime; a legacy that continues to impact our community in profoundly important ways 140 years later.

Supporting WellSpan York Hospital or one of its related institutions through WellSpan York Health Foundation with an estate or other planned gift will ensure this continued legacy of improving the health and wellbeing of residents of York County for our children, grandchildren and their children.

The Anna Huber Legacy Society recognizes individuals who have provided for the future of WellSpan VNA Home Care through their financial or estate plan.

This society is named in honor of the founder of VNA Home Care (previously Visiting Nurses Association), Anna M. L. Huber. Born in 1874, Ms. Huber began a long and dedicated campaign to improve York's community health care for all residents. In 1904, she helped organize the St. Anne's Guild to sew for the poor in the maternity ward of York Hospital. In 1907, the group decided to start a district nursing program. One year later, the first visiting nurse began practicing in York. Anna Huber became the VNA's first President and served in that role for 48 years. She was an excellent organizer and an avid fundraiser.

Supporting WellSpan VNA through WellSpan York Health Foundation with an estate or other planned gift will ensure that Ms. Huber's vision of serving all of those in need will continue for future generations.

Not only do you have options for how your gift will be used, you also have options on what to give and how to give. There are gifts that cost you nothing now, gifts that pay you income, and gifts that allow you to decide what happens when.

The Most Popular Planned Gifts

Gifts From Your Will
General Bequest

Through a provision in your written and executed will, you can make a gift in the form of cash, securities, real estate or personal property. There are many types of bequests. Choose the one that best fits your needs and intentions.

Naming The WellSpan York Health Foundation as the beneficiary of a qualified retirement plan asset such as a 401(k), 403(b), IRA, Keogh, profit-sharing pension plan, or of your donor-advised fund, will accomplish a charitable goal while realizing significant tax savings.

You can turn underperforming assets (stock, cash in a savings account, CDs, savings bonds, etc.) into a gift to The WellSpan York Health Foundation that provides income to you. Your Charitable Gift Annuity will give you fixed payments for life and tax benefits, too

When you donate appreciated stocks, bonds, or mutual fund shares instead of cash, your gift costs you less than the amount The WellSpan York Health Foundation receives. You'll get a charitable deduction for the full amount of your gift and avoid the impact of capital gains taxes.

Charitable IRA Rollover
Make a Tax-Free Gift from Your IRA

If you're 70 ½ each year you can instruct your IRA administrator to transfer all or part of your required minimum distribution (up to $100,000) directly to The WellSpan York Health Foundation and avoid paying the tax had you taken it as income.

Gifts of Property
Real Estate and Other Valuables

Like stock, the fair market value of gifts of appreciated assets such as real estate, artwork, and other well curated collections, can be deducted from your income tax today and reduce your estate taxes in the future.

Thank you for your interest in supporting WellSpan York Health Foundation. There are many different ways that you can support the important work of our hospital, and we are happy to help you find a gift that has the impact you envision.

For more information, please find our contact information below or submit this form. 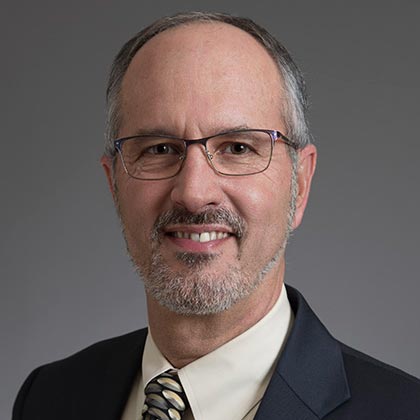 If you are working with a professional advisor, or advising a donor, here's a practical guide for including WellSpan York Health Foundation in a charitable estate plan.